From the Ascended Masters:

We greet you this day,

We are the members of the Great Karmic Board

Our spokesperson is the Goddess of Liberty.

We wish to speak to you as the plural. We first wish to remind you that the opening of the Hall of Records for anyone to access to access their own Akashic Records has been in place for quite some time. We encourage you to open your own records and if you do not have the skill to take the class wherever you can, whenever you can! 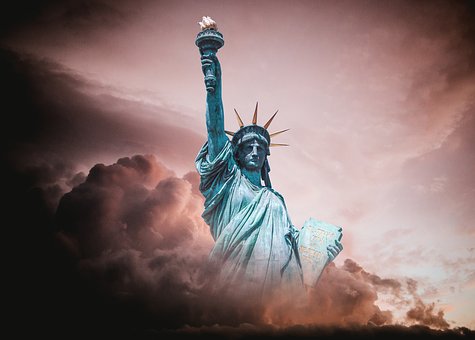 Take some time and contemplate what this might mean for humanity to be able to transition into a world filled with LIGHT where there is no need to keep track of another’s behavior because their behavior does not require tracking.

How to release judgement

When you are locked in your polarity reality you want to keep score, you want to right the wrongs and we say to you, look upon it as an opportunity to let go of the old paradigm and move into the reality you are creating. Make no mistake, this creation is your creation. This is why in 2018 we want you to abandon your desire for retribution of any kind, towards anyone; to seek to be with people who are like-minded so that there is no need to concern yourself with another’s behavior. We can tell you that your reality is changing rapidly and the transition is in place. You are well on your way and you will see even in this very year dramatic shifts of every kind with regard to business, with regard to social structures, with regard to how you carry money, and how you exchange with others and interconnect with others.

You will see electric power blackouts in segments of the country. This is being allowed so humanity can unplug more from their electronics. When these blackouts occur you can say, “Ahh, it is an enforced blackout, like an enforced bedtime.” Not from us, but from your own making. It also will enable you to practice “being at peace” during what used to be a fearful situation. We ask you to practice this, and perhaps make one night a week your “hurricane remembrance night” where you turn off all the power equipment, and you have candlelight and talk or play games and go to bed early. Do not use your batteries or battery power, but simply unhook completely. These practices will actually make any stoppage of power or electricity a minor inconvenience.

Now, we see something happening in our ream in the Niagara Falls, New York area. It feels like there is an electric power grid situation. If it has` not happened by March, then that likelihood will pass.

By May, many people will have different kinds of jobs than what they currently have. Many people will be finding ways to provide for themselves that is different from what they have always done. This change is for the better, as humans have been slaves to the system for far too long.

What should you choose?

If you said to everyone in your office, in your place of work, “If you could waive a magic wand, would you be self employed?” Everyone who says “Yes.” ought to move in that direction now. They do not have to be caught by surprise.

We see the month of May being much warmer for the Northern climate than usual. June and July will bring more rain than usual. We ask you to work with the elementals by talking to them when you are outside and learn how to use the power that you hold. We see less political strife from the viewpoint of the vast amount of criticism that has been projected onto the political system. Enough changes will have occurred so there will be more cooperation and less criticism.

The beginning of the end of the old game

The criticism that created division and the divide and conquer energy is part of the game of failure. It is not possible for you humans to fail at this time. By September there will be new discoveries that will be released, some will be technical in nature that have been known for a long time, and in use by certain industries in the government that will be released for common usage.

In October there will be some political surprises as stability is found and certain other political figures will have exited their positions of power, paving the way for a much more hopeful future. In November we see more storms partially in the north and northwest of the United States. In December, the weather will be much milder.

Humanity is on the upswing in terms of optimism and fortitude. Humans will no longer be in the grip of the mass consciousness machine that has been feeding them false information to feed an old agenda that is no longer able to be expressed.

How do humans insure peaceful transition?

More and more humans are waking up to the truth of the reality experiences, and are waking up to the concept that the old version of history, written by those with other agendas has shifted. They will no longer look at this as being lied to, but much like a student who has been given a story about sex education, and when they are six they are given another story, and when they are 14 they are given another story. This is simply changing the story will now be not perceived as a lie, not perceived with outrage. Instead they will say, “Oh yes, we knew they weren’t telling the whole truth, or there was more to it than they were telling us.” It becomes matter of fact, of acceptance.

What’s next is the gradual awakening of humans awareness and potential. There will be a great cry of relief as people gain access to tools and cures they need. This will cause renewed hope about themselves and the future and it will open up incredible human expression in all walks of life. You will see even more variety and transformation than you had before.

Humans are encouraged to ask us, the Karmic Board what they might do to alleviate and not need karma of any kind. This will transform your reality our reality. We remind you that asking such a question will not cause you any discomfort or pain, but will literally free you up to unhook those grips around humans that held humans tightly.